The 'Green Deal Going Local' working group is a new initiative of the European Committee of the Regions that aims at placing cities and regions at the core of the European Green Deal and ensure that both the EU's sustainable growth strategy and the COVID-19 recovery plan translate into direct funding for cities and regions and tangible projects for every territory, ​

​To provide a crosscutting view on the numerous policy areas within the European Green Deal and ensure policy coherence and consistency across files and related opinions.

To reinforce the institutional outreach of the European Committee of the Regions on the Green Deal as to place cities and regions at the core of the path towards climate-neutrality.

To channel the challenges that local and regional authorities are facing while implementing the green transition locally and communicate their achievements and best practices as to facilitate its replication across the European Union. 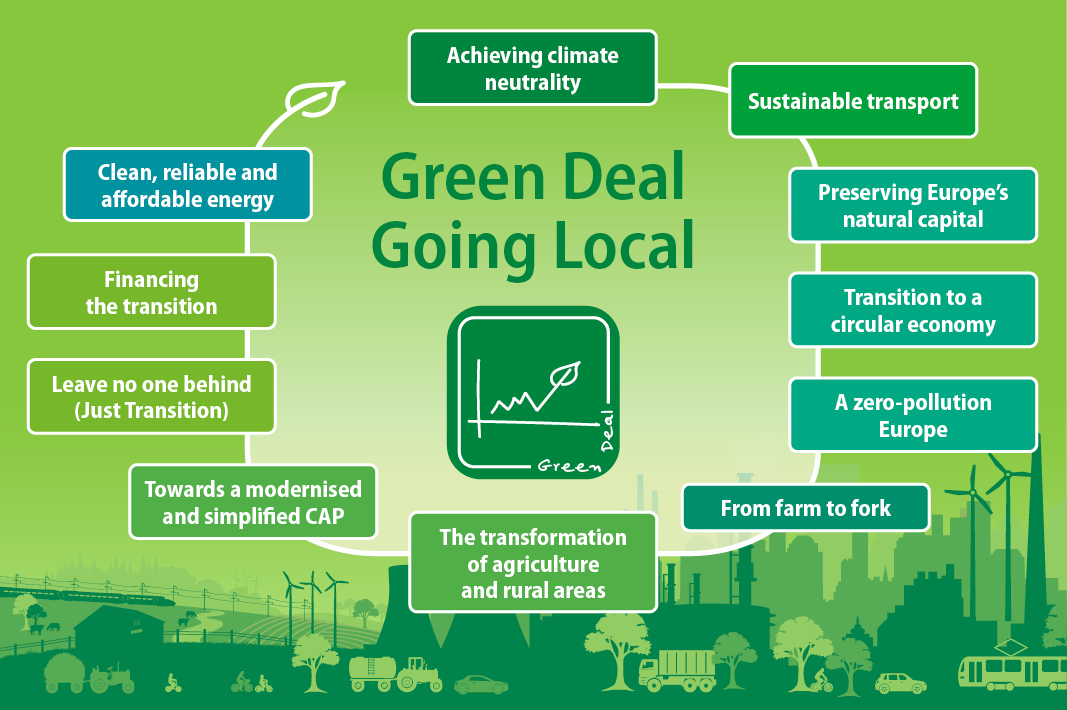 Delyan Dobrev: The problems around the Recovery Plan led to the protests of the miners

The three key things to watch on energy in 2020

Nikolay Pavlov: We will offer a lower price of natural gas in November

The market union Bulgaria - Romania in the segment "day ahead" started on October 27, 2021

Due to restrictions due to lack of state budget: Sofia will not pay the electricity and transport bills in full

Alexander Nikolov: The energy system has the resources to withstand a problem with gas supplies

Minister Nikolov: Without a coordinated approach at EU level it is impossible to overcome the challenges with high energy prices

BEH: The relocation of the headquarters of "Mini Maritsa-East" in Sofia aims at higher efficiency in management

Elenko Bozhkov: Reducing the composition of the EWRC is a mistake

At first reading: Deputies agreed to reduce the number of EWRC members from nine to five