Today, we speak to Arthur Hinsch, part of the ICLEI European Secretariat team with expertise in sustainable resources, climate and sustainability. Highlights in our inspiring conversation are the sustainable development of each municipality, we discuss the opportunities that local authorities have to benefit from funding and support to achieve a better lifestyle for their citizens and a cleaner environment. ICLEI is a leading global network of local and regional authorities committed to sustainable development. We speak about the experience of Bulgarian municipalities such as Burgas, Varna, Gabrovo, Ruse.

Arthur is responsible for the exchange within the Covenant of Mayors and supports the transfer and implementation of successful climate change mitigation and adaptation measures. His work on the integration of sustainable energy solutions, energy decentralization of production and the production of energy for own needs with a special emphasis on the role of local authorities.

Before joining ICLEI, Artur Hinsch was the coordinator of Global 100% RE, a coalition of organizations calling for 100% renewable energy. He worked on sustainability reporting at the International Cooperation Agency of the Association of Dutch Municipalities (VNG International) and researched the development of local renewable energy initiatives in Germany and Japan. Arthur holds an MA in International Relations as well as a BA in Japanese Studies from Leiden University in the Netherlands. 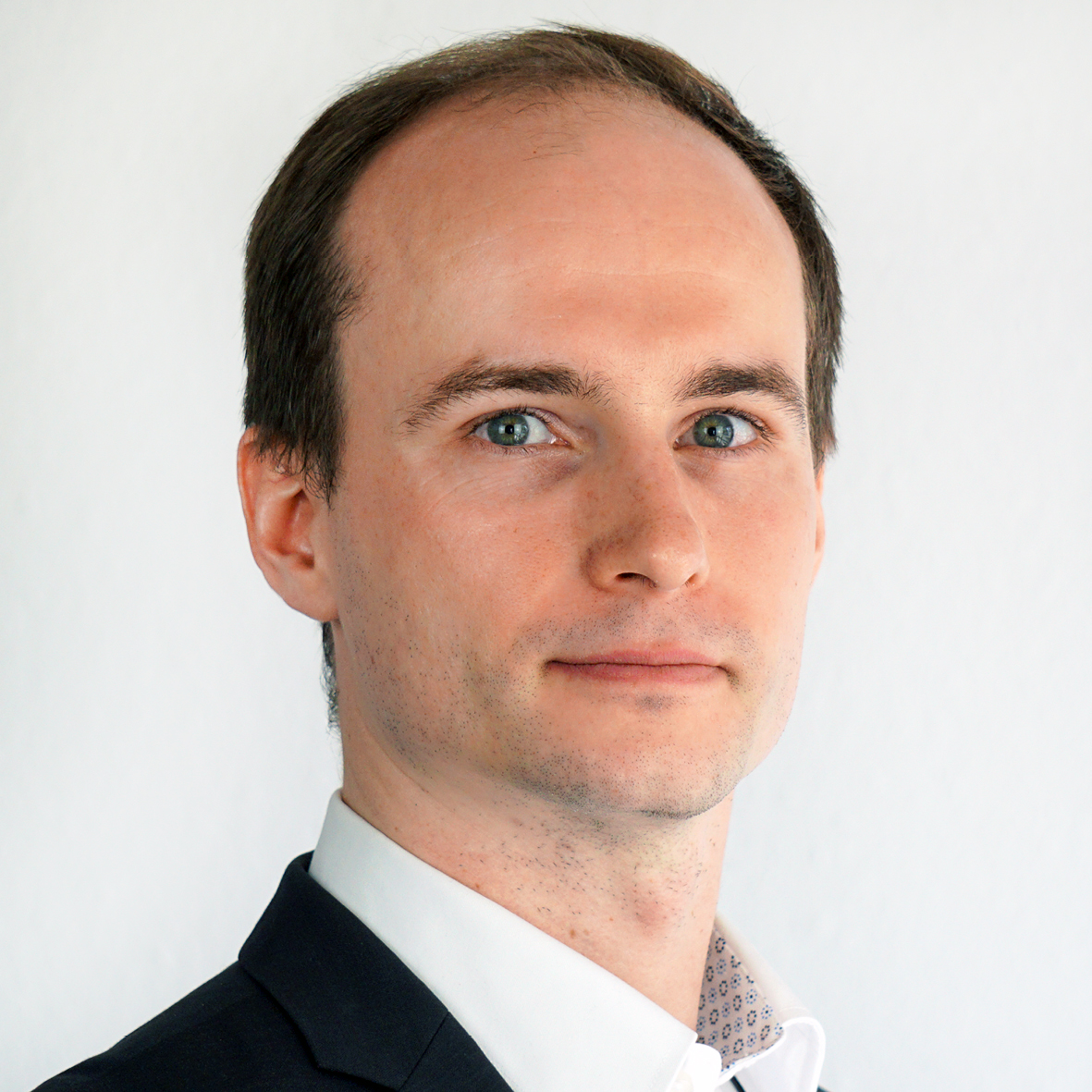 Mr. Hinsch, could you tell us a few words about the work of ICLEI, and how the organization is helping in the municipal transition to sustainable urban development?

ICLEI - Local Governments for Sustainability is the world's leading network of local and regional governments committed to sustainable development. Local action drives global change and the leadership of local and regional governments can make a major difference in addressing complex environmental, economic and social challenges. Since 1992 the ICLEI European Secretariat has been closely working with cities in Europe, the Middle East and West Asia, other European networks, the European Commission, the Committee of the Regions, and many others.

ICLEI represents local and regional governments in European and global policy processes. We work with the European institutions and other networks to influence and shape the debate on urban sustainability policies/legislation and ensure that project financing is formulated to address sustainability challenges and is accessible to cities, regions and public authorities. Members equally have the opportunity to shape the debate and profile their cities at European and international levels. We involve and work with cities in many projects related to local sustainable development including climate & energy matters.

How do knowledge transfer and best practices in the network happen?

ICLEI connects ambitious local and regional governments with leading peers, national governments, as well as the European Commission and related institutions, the United Nations, business, academia, finance and NGOs. As one of Europe's primary advocates for local sustainable development, ICLEI Europe mobilises local governments through its e.g. European Sustainable Cities and Towns conferences and involvement in multiple European Commission initiatives supporting cities such as e.g. the Covenant of Mayors, the Green City Accord and many more. ICLEI Europe also offers knowledge exchange, twinning and replication services to local and regional governments as part of projects covering the wide spectrum of local sustainable development.

What is the role of cities in reducing energy poverty?

Cities are highly instrumental in mitigating energy poverty as they are well-placed to reach out to energy-vulnerable citizens and measure the magnitude of the problem. They can conduct detailed mapping of the local needs and the complexity of local factors that impact the phenomenon in their context. By integrating energy poverty mitigation into their local planning, e.g. via Sustainable Energy & Climate Action Plans (SECAPs), cities can prioritise and design actions which suit local citizens' needs. They also often connect the relevant local stakeholders and bundle local expertise towards the achievement of long-term goals. At the same time, the capacity of local authorities to tackle energy poverty effectively varies across the EU due to differences in governance structures, technical expertise, available funds, and commitment to address the problem. This is why projects such as POWERPOOR and Sun4All are so essential in buildings' local authorities' capacity to act in this regard.

In many cases they already do. Municipalities are key participants and enablers of renewable energy cooperatives incl. energy cooperatives, since they have an intrinsic interest in creating socio-economic benefits as part of their local energy and climate planning. Local governments are taking on key roles e.g. by guiding citizens and SMEs in setting up energy communities, making land available, becoming shareholders, setting ambitious community energy targets and more. With their political mandates and proximity to citizens, they are in the best position to make energy communities a prevalent and powerful reality. In particular, the involvement of local governments – coupled with community ownership models - often leads to higher levels of trust and identification with renewable energy projects.

As a global network of cities & regions for sustainable development, ICLEI and its European Secretariat work with municipalities in Bulgaria in promoting sustainable solutions which are tailored to municipalities' respective contexts and needs. For example, the Municipality of Burgas is an ICLEI Member and a signatory of the Green City Accord as part of which the city agrees to take further action to protect the natural environment and to achieve ambitious goals by 2030. ICLEI and Burgas collaborate in several projects. In the GoGreenRoutes project the city is working on implementing green corridors in order to improve the environmental features as well as resident wellbeing. This measure is highly relevant and embedded into the individual context of the city.

Both Gabrovo and Sofia are cities selected to be part of the EU Mission: 100 Climate-Neutral and Smart Cities which sees the support by the NetZeroCities consortium which includes ICLEI. Gabrovo participated in the ICLEI-led SPP Regions - Regional Networks for Sustainable Development which included the drafting of eco-innovative tenders. Sofia reports their climate related actions through CDP-ICLEI Track. As part of CIVITAS PROSPERITY, the City of Varna has profited from support by ICLEI and partners in developing their Sustainable Urban Mobility Plan (SUMP) and the City of Ruse experienced a visible increase of public transport usage and a decrease of personal car usage as a result of their involvement with the project.

How should we work with larger and more wealthy municipalities and with small ones that need more support? Can you give some examples from Europe?

ICLEI collaborates with municipalities of all sizes and this is reflected in its membership base as well as its projects. Next to receiving support and the chance to realize local sustainability ambitions, cities profit from participation in international projects through access to resources, funding and synergies between the involved partner organisations. ICLEI works with cities on a great variety of projects in order to cover the full spectrum of sustainable development. It is equally important to work with municipalities who are frontrunners as well as with those who might particularly require additional funding and capacity support. However, also in my experience, the size of the municipalities is not necessarily the most important factor when it comes to ambitious sustainability actions.

Many active municipalities around Europe are testimony to this. Nevertheless capacity building, international peer-exchange as well as access to innovative finance are instrumental for enabling more municipalities to take the lead in setting and reaching ambitious targets. The list of examples from around Europe and our relevant projects is extensive. Consider e.g. the Race to Zero exchanges, facilitated by ICLEI on behalf of the UK Embassy in Warsaw where UK and Polish municipalities of different sizes come together to exchange on how to plan, finance and communicate around climate neutrality. Or the Sun4All project where cities & regions are working on adapting a utility-bill assistance programme into the European context to mitigate energy poverty. The completed Smart Mature Resilience project where cities have co-created tools to assess, plan and enhance their resilience, climate adaptation and risk management or the above mentioned CIVITAS. We also work directly with non-profit and civil society organisations from selected cities who receive support through the ICLEI Action Fund to foster data-driven environmental and climate action at the local level and support cities in reaching their climate neutrality ambitions as part of NetZeroCities.

Are you interested in working with more bulgarian municipalities?

Yes, we are looking forward to continue working with Bulgarian municipalities and to explore new avenues for collaboration. Equally, we invite cities to consider becoming ICLEI Members and to profit from a platform to engage with peers, alongside resources and tools to instigate positive environmental, economic, and social change. ICLEI also champions the role of local governments on the European and international policy stage, providing them with a clear voice and ensuring that their views are heard. We work closely together with European networks, the European Commission, the Committee of the Regions and many other organisations advancing sustainability.

A key RES investor wants to invest BGN 1.2 billion in the construction of a wind park with 74 generators near Vetrino and Valchi dol

The world is still adjusting and preparing for the green transition

The green energy transition is possible, but it requires basic zero-emission energy, there are other administrative barriers

Boyan Rashev: The green deal is a great thing, but it cannot be done quickly and under political pressure

President Radev at the opening of Green transition 2022: There is no alternative to the Green Deal

EIB President: Investments aimed at reducing energy dependency must be worked on

The Green Transition - where are we and how did we get here?

Borislav Sandov: The transition to a low-carbon economy precludes the discovery of new fossil fuel deposits

"We continue the change" return the unfulfilled mandate of President Radev

800 million euro budget for the implementation of scientific projects to restore biodiversity in the next seven years, the EC foresees

Are there any surprises expected in the new cabinet - who and with what expertise will lead the economy and energy?

Financing will be available, but a number of obstacles still stop household investments in RES

BGN 3.6 billion for the protection and improvement of the quality of the environment are provided under the "Environment" program 2021-2027

Green light for the Environment program 2021-2027, pending approval by the EC

Electricity production since the beginning of the year to July 17 is growing by 16.58%

Brussels has approved the program for the competitiveness of Bulgarian small businesses, financing for RES sites is included

Minister Nikola Stoyanov: Over BGN 200 million will be invested in Bulgaria's industrial zones

Overgaz: Energy compensations must be adequate and fair

"Maritsa East 2 TPP" EAD helped flood victims in the municipality of Karlovo with over BGN 14,000

CEC at 99.4% processed: Seven coalitions enter the new parliament, ITNs have a result below 4%

The interconnector with Greece has successfully started commercial operation

Today, the capital heat company will present an analysis to EWRC on how it will repay its obligations to Bulgargaz